Discover the trendiest places to eat, as recommended by top food influencers! We designed and built the UI/UX, and created the branding for this mobile app.

Identify the most fashionable food addresses at a glance and provide a trendy look and feel, with the aim of seducing millenials. 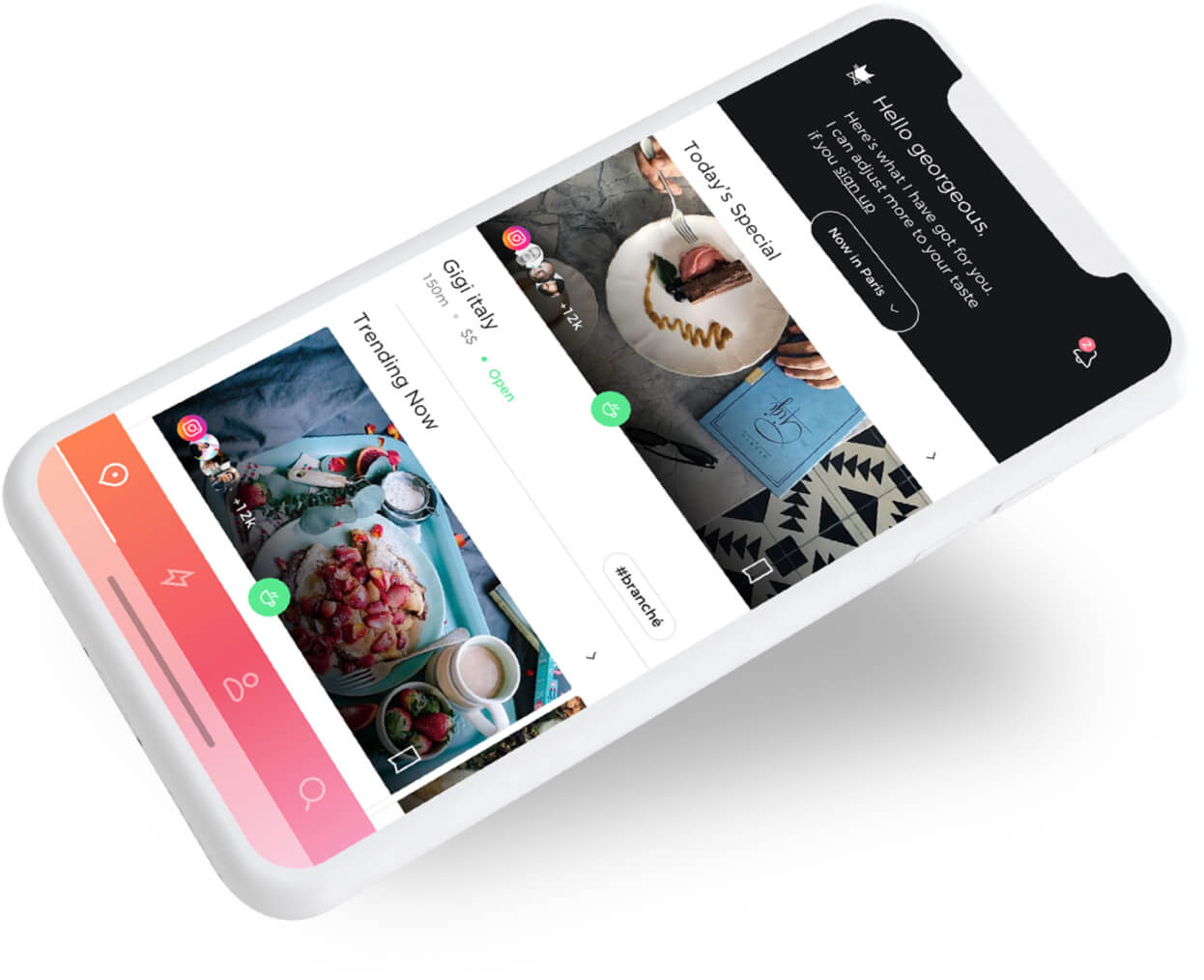 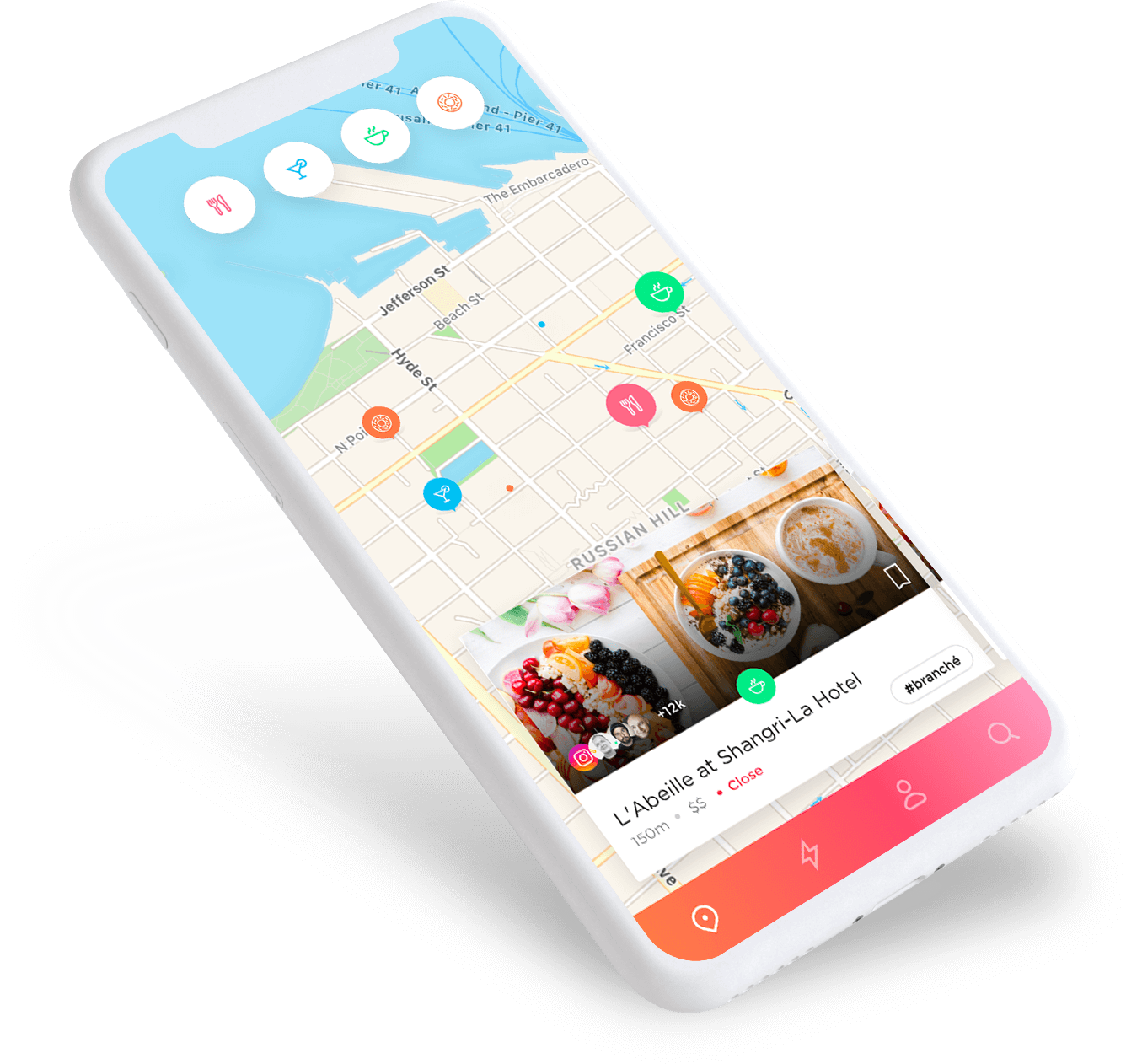 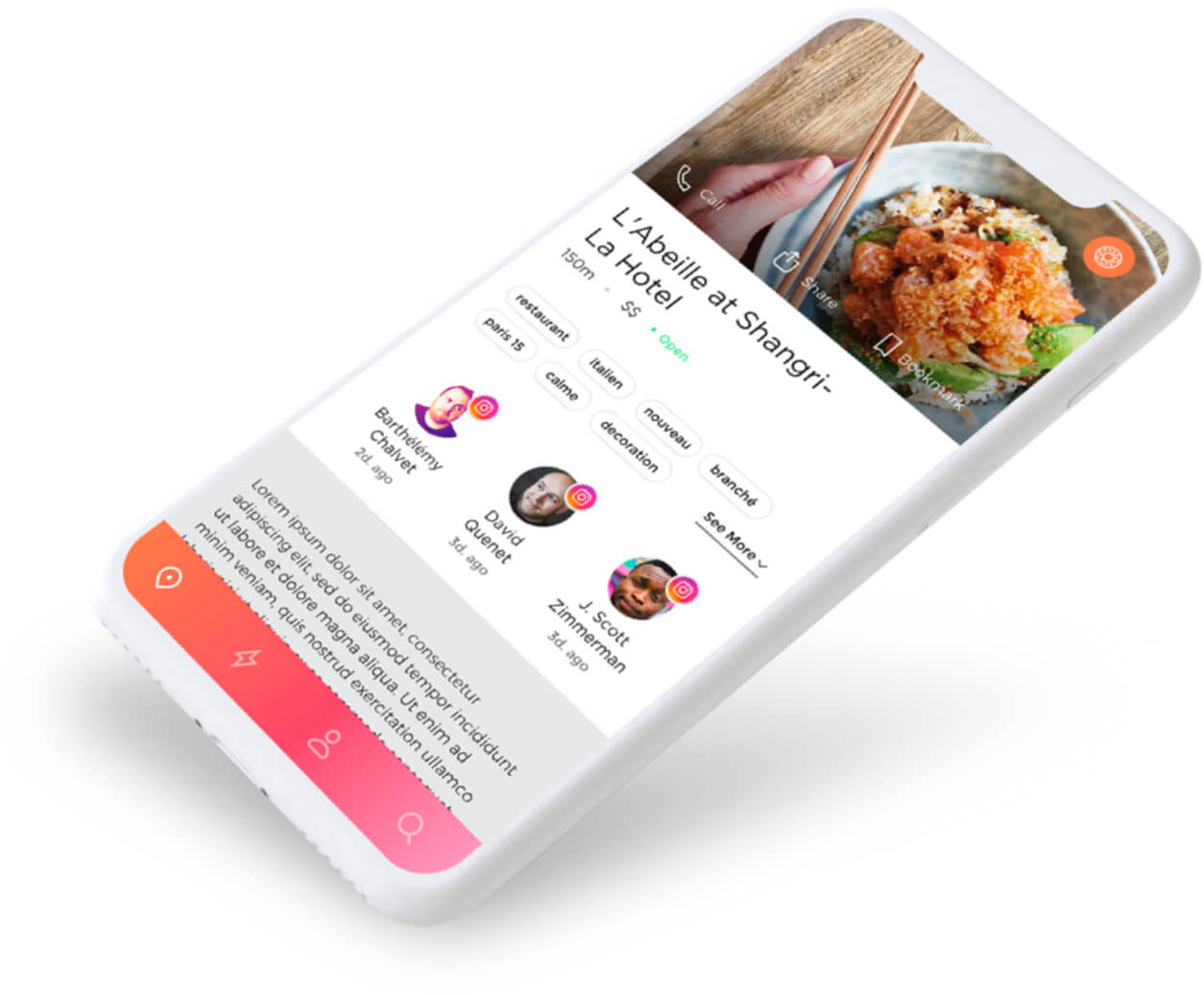 Use hot and cold colors to allow the user to find the best addresses on the map, and play with very pop colors, and with gradients.

Designed by Tobias Frere-Jones and released in 2000 through H&FJ (now known as Hoefler & Co.), Gotham is a geometric sans-serif typeface that is among the most widely used fonts of the last decade. From Obama’s 2008 presidential campaign to countless corporate identities, Gotham is seemingly everywhere. The design was inspired by architectural lettering from mid-century New York City. Unlike other sans-serif typefaces which might feel German or Swiss, Gotham feels very American. Gotham is available in eight weights—thin, extra light, light, book, medium, bold, black and ultra—each with matching italics as well as narrow, x-narrow and condensed widths.

An application simplified as far as possible, with a very distinctive artistic creation, visually highlighting the "hot spots" of the moment. 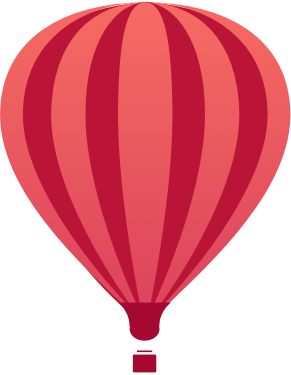 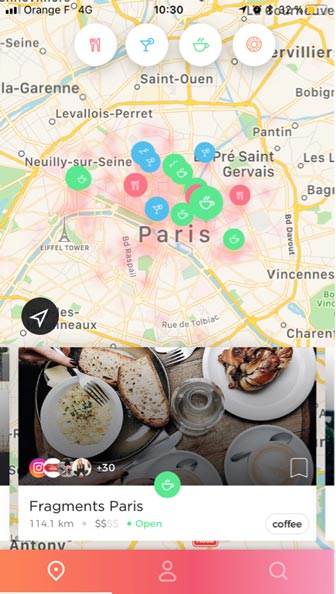 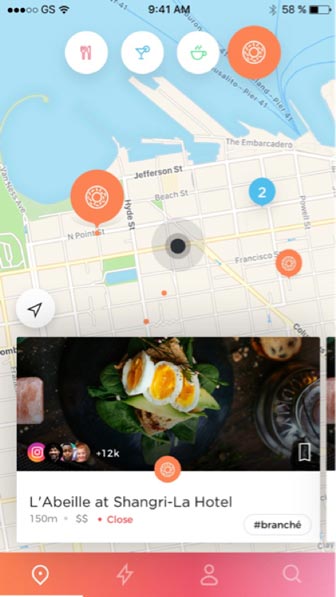 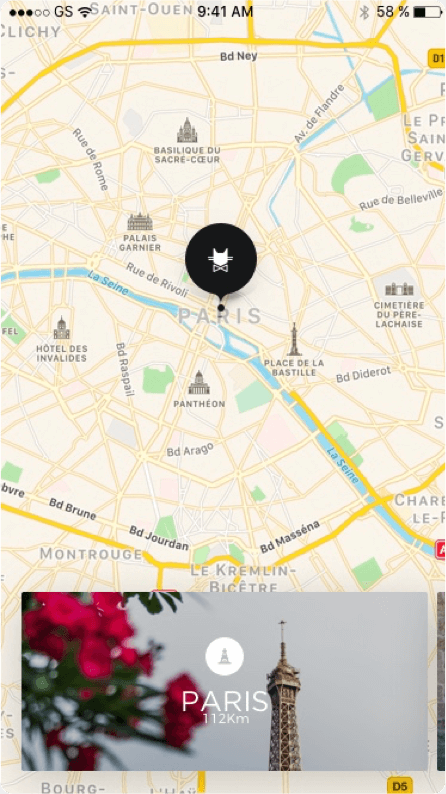 Since Marks is closely related to the influencers, we wanted to keep in mind the environment of the most used social networks of the moment, including Instagram (with its gradients and ultra simplified bottom bar). Finally, we took a long hard look at the map. It was necessary to identify the current "hot spots" in the blink of an eye. But going beyond the use of simple pin and icons, we used weather codes to define hot, warm, and cold places. This makes it possible to identify not just a single trendy location, but a street or a whole neighborhood. 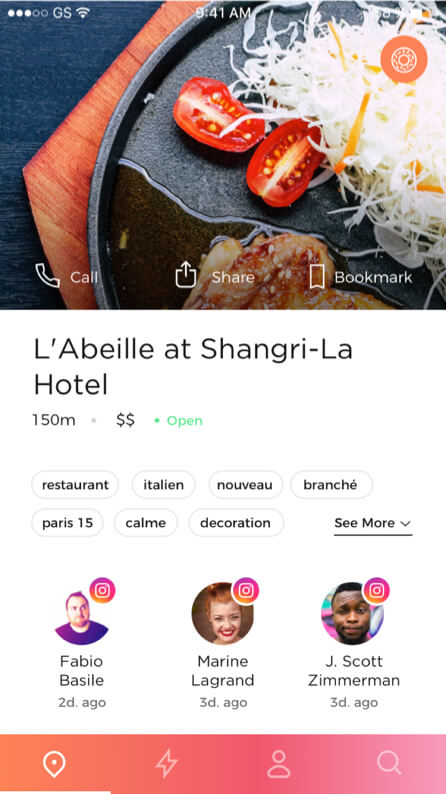 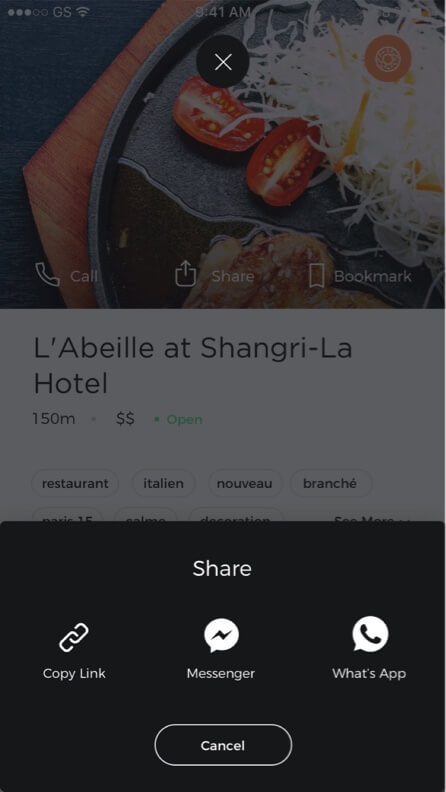 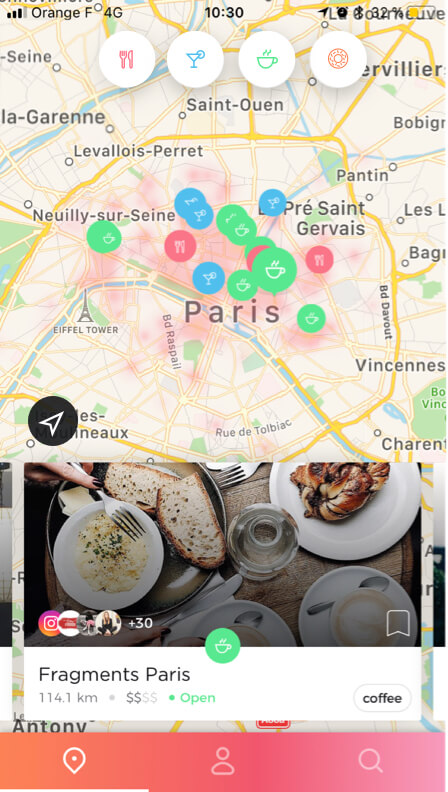 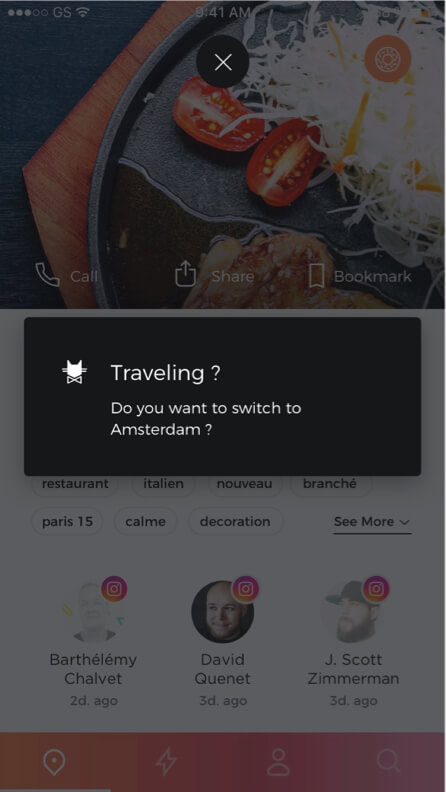 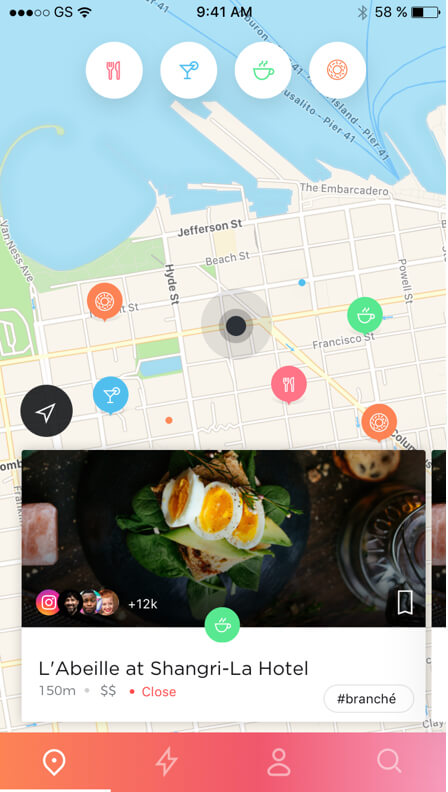 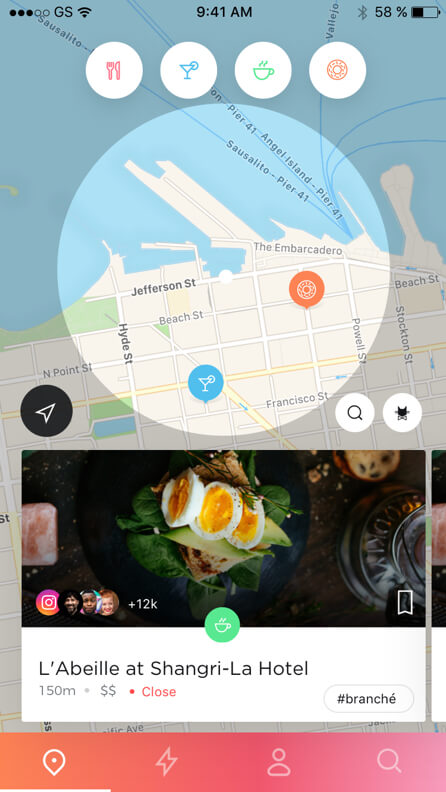 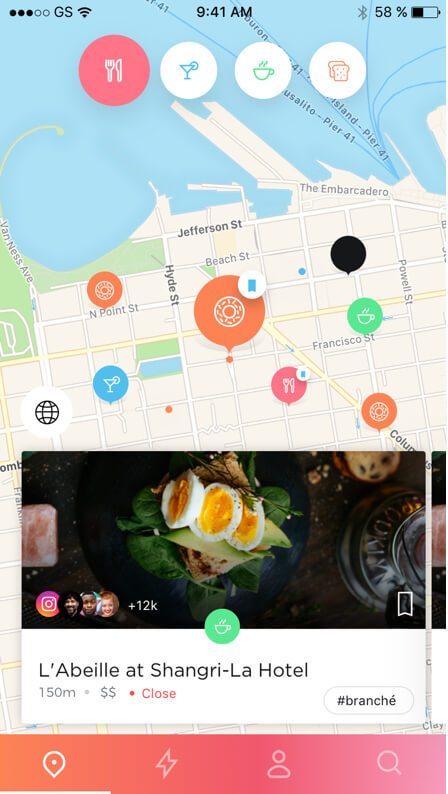 In order to create a break with the very pop and saturated palette used, we have introduced a deep black on some elements (headers, search bar etc.). It brings more contrast and gives a chic side to the application. 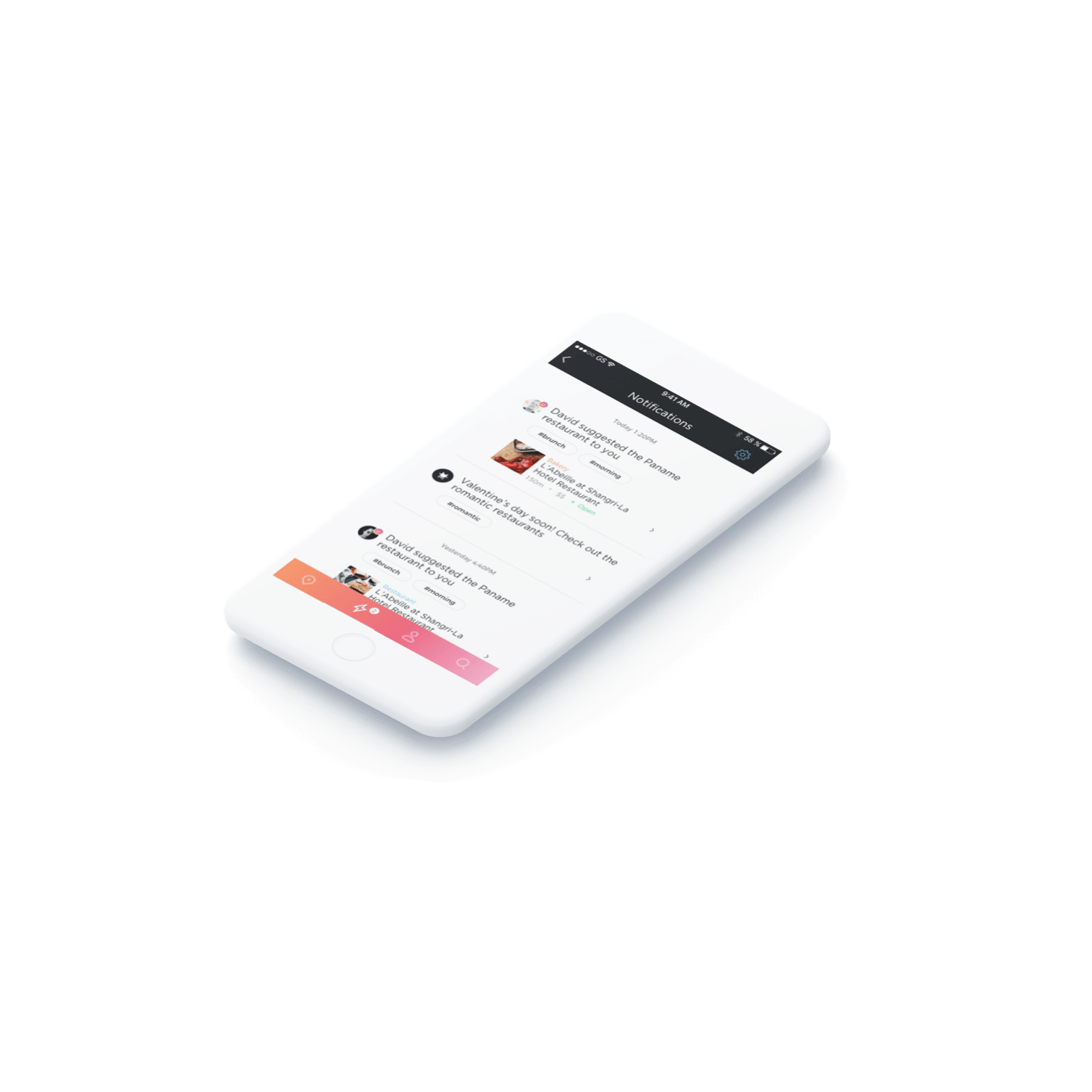 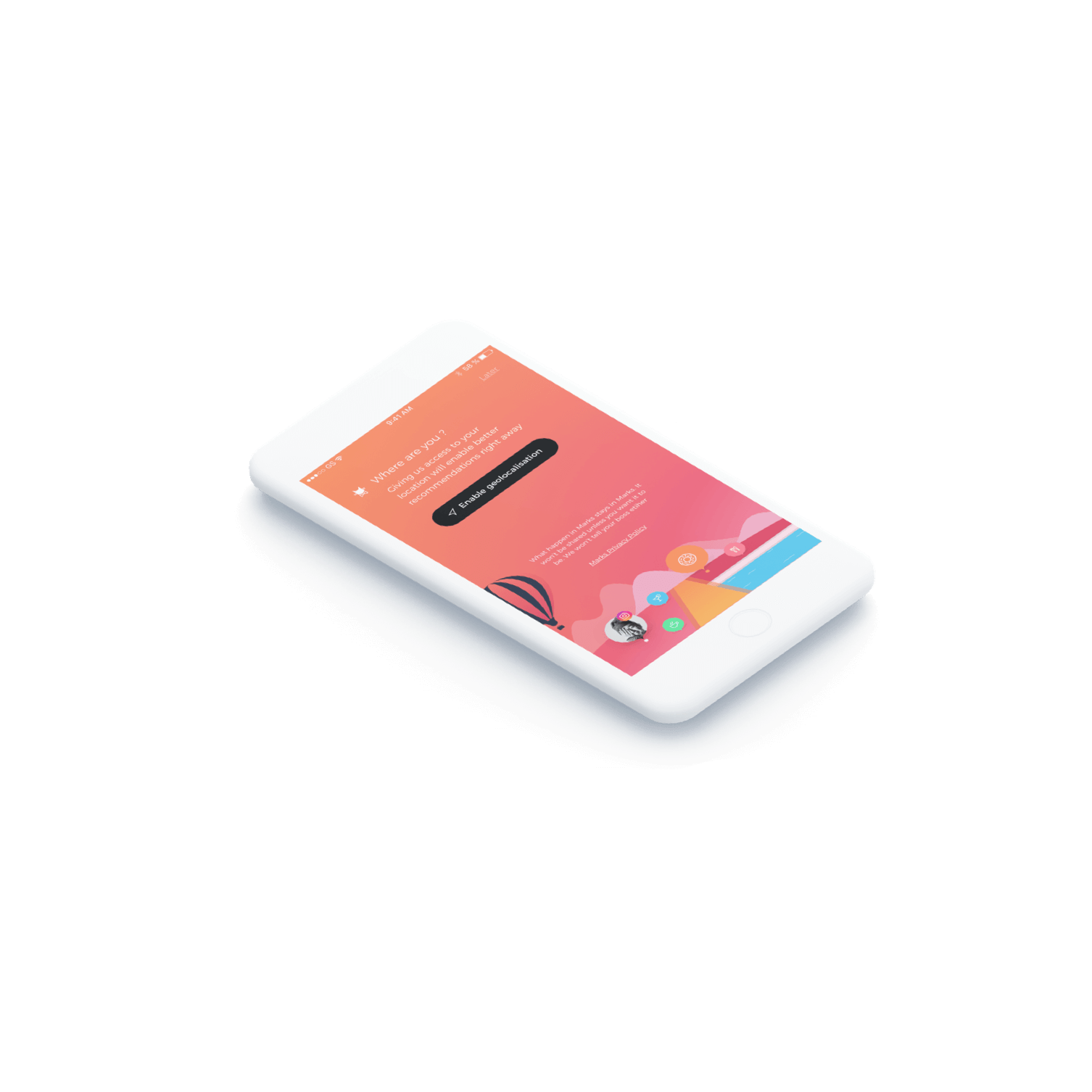 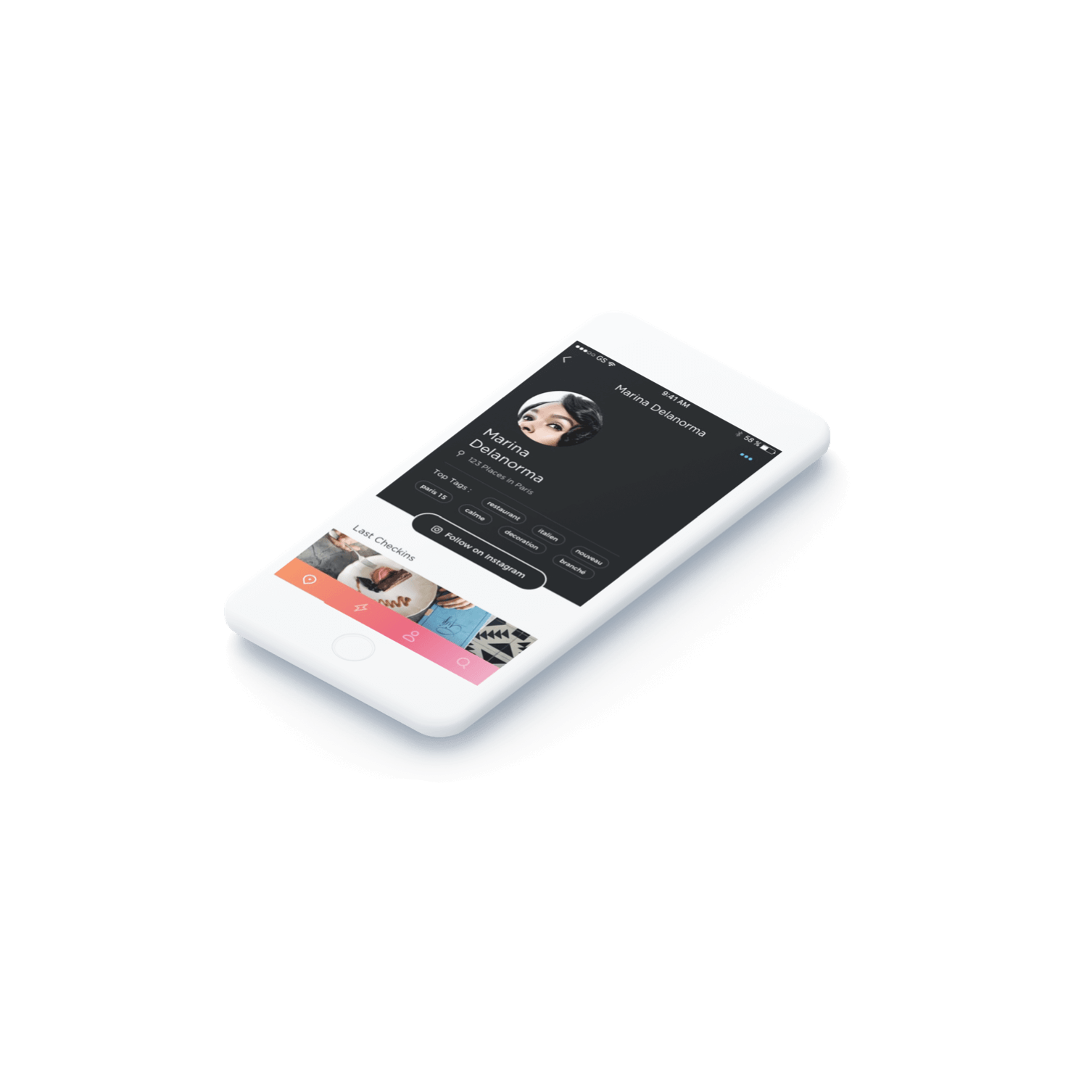 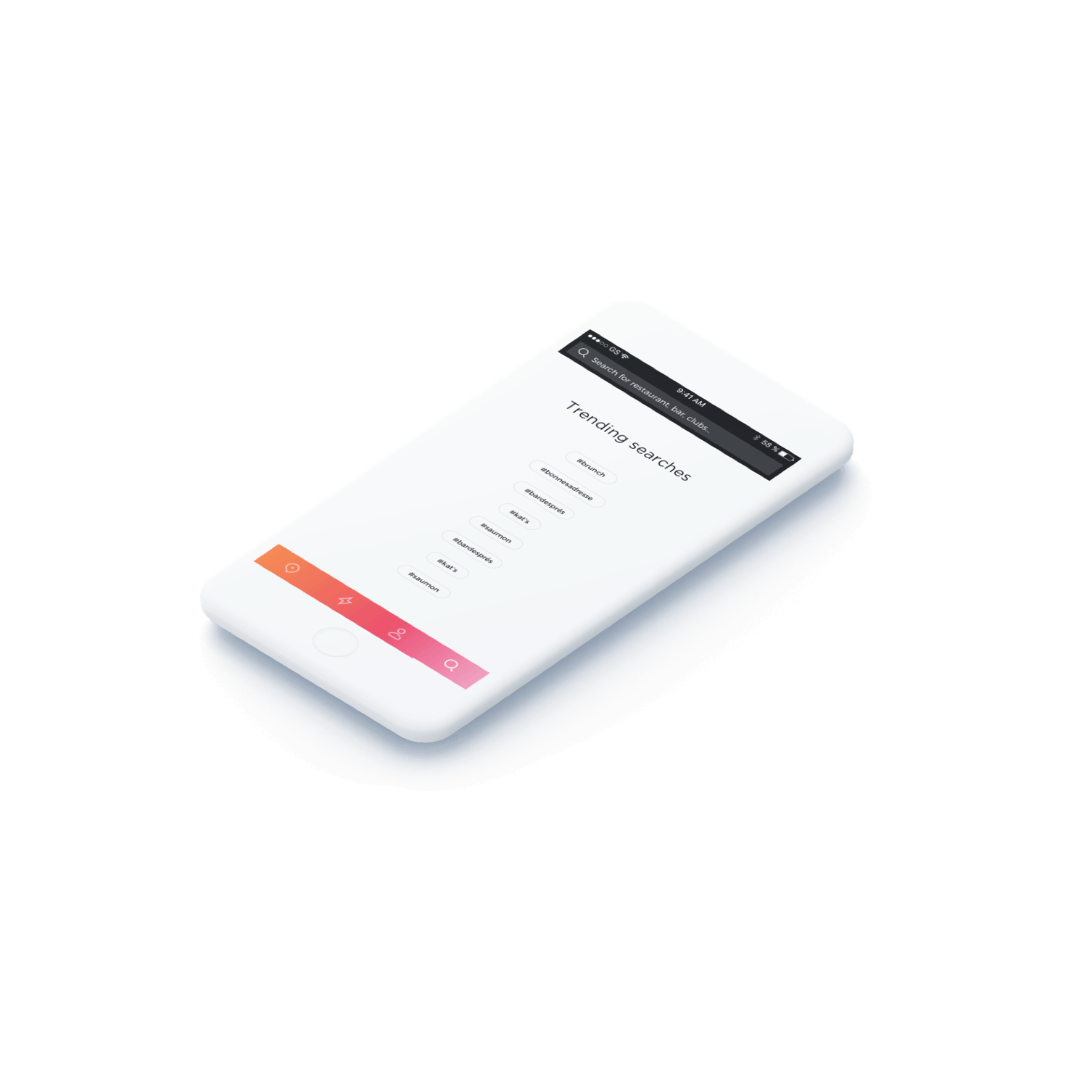 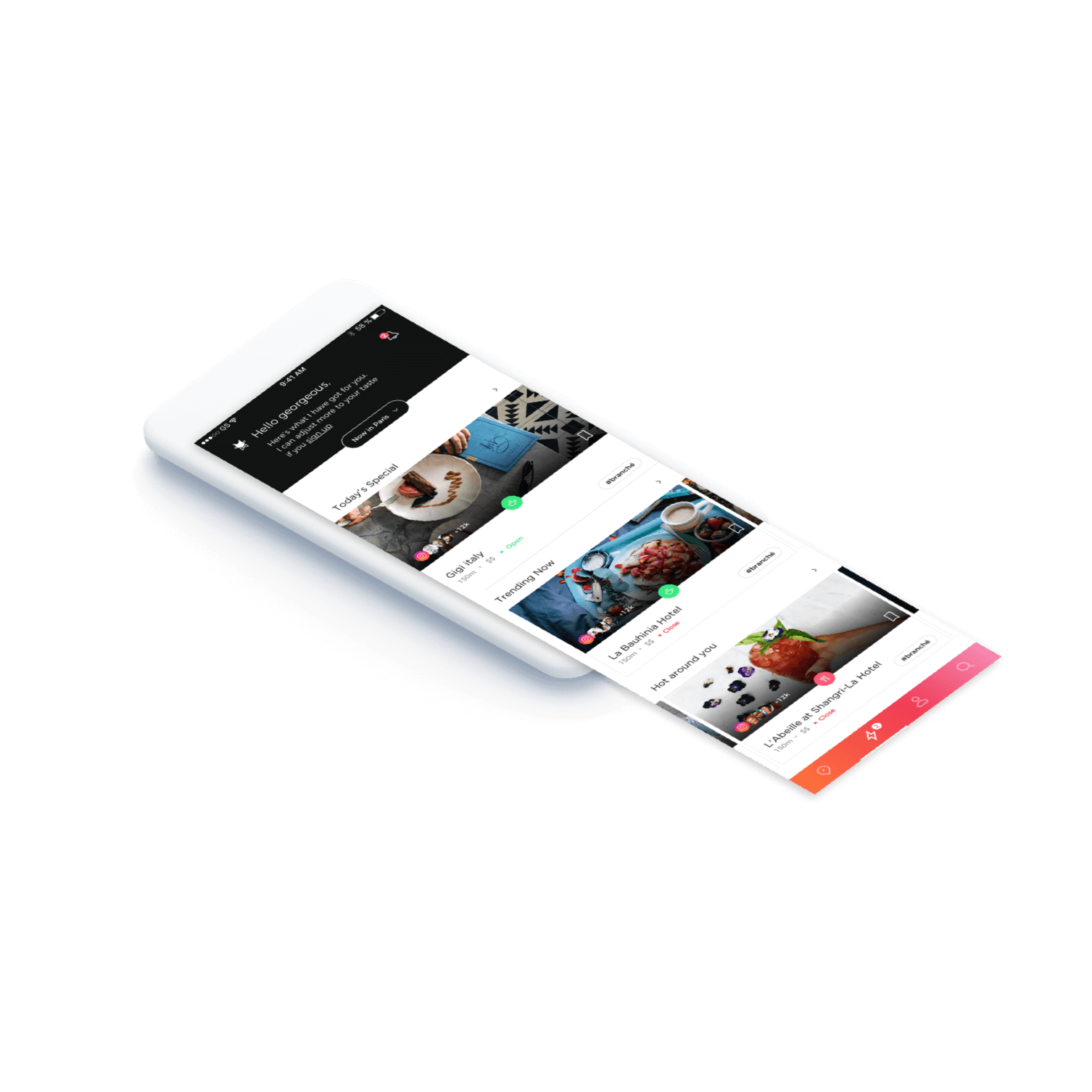